At CP Ice Synchronized Skating, our coaches aim to develop young athletes capable of competing at high levels in synchronized skating as well as in life.  We emphasize developing strong teamwork skills alongside the technical and performance demands of the sport.  We aim to challenge our skaters both on and off the ice and also offer many opportunities for our skaters to develop as leaders.

Ashley grew up dancing and figure skating in Connecticut. She graduated from Columbia University with a B.A. in Dance. While at Columbia, she founded the NYC Intercollegiate synchro team and brought the team to the National Championships. She started her coaching career at Wollman Rink and is currently on the coaching staff at Chelsea Piers Sky Rink.  Ashley is a U.S. Figure Skating Gold Medalist in Moves in the Field, holds a Basic Accreditation and CER level A from the Professional Skaters Association, and is a certified Performance Enhancement Specialist through the National Academy of Sports Medicine.  Off the ice, she teaches barre and conditioning classes.   She has coached teams to multiple Sectional and State Championships and excited to continue the CPIce tradition of excellence at Chelsea Piers! 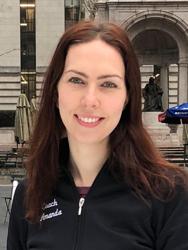 Amanda Johnson, Assistant to the Director

Amanda grew up skating in the Boston area. She received her BA from Drew University and her MA from Teachers College, Columbia University. She then spent six years at Figure Skating in Harlem, where she was one of the founding coaches of Harlem Ice. When she's not coaching, Amanda works at the Breast Cancer Research Foundation - the largest private funder of breast cancer research in the world. She also serves as a mentor with Of Home, Family, and Future, an organization that helps students from the foster care system succeed in college.

Jenny grew up skating in Lexington, MA. For four years she skated with Hayden’s synchronized skating teams, including one year with the Haydenettes. She competed in the 2006 French Cup and the 2006 World Synchronized Skating Championships in Prague, Czech Republic as a member of Team USA. Jenny graduated from Emory University in 2010 with a major in Journalism and Anthropology and a minor in Ethics. She now works as an Associate Producer at CBS News on 60 Minutes. Jenny can’t wait to get back on the ice to help coach the CP Ice teams this season!

Shannon began her synchronized skating career with Warwick Figure Skaters of Rhode Island, where she skated on the juvenile, novice, and junior teams.  She later graduated from the University of Delaware, where she skated on the Collegiate team that was crowned Eastern Sectional Champions for four consecutive seasons and won National Silver and Bronze medals. She holds a B.S. in Kinesiology and Applied Physiology and minor degrees in Spanish and Figure Skating Coaching. Shannon went on to earn her Doctorate of Physical Therapy from New York University. Shannon now practices in the field of orthopedics and sports medicine, treating patients of all ages and with diverse athletic backgrounds within Manhattan and Long Island City. She also works with individual skating students both at Chelsea Piers Sky Rink and Wollman Rink in Central Park. Shannon is looking forward to her ninth season with CP Ice, and cannot wait to get back on the ice with everyone! 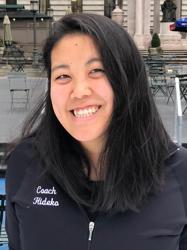 Hideko grew up in New York City, skating at Wollman Rink and Chelsea Piers. She competed as a member of Team USA for three years, on Skyliners Junior synchronized skating team, where she medaled in multiple international competitions. She is a two-time Junior World Challenge Cup competitor and earned the Junior National Championship title in 2011. She is also a double gold medalist in Moves-In-The-Field and Ice Dance. Hideko is a graduate of Hamilton College, where she double majored in Art History and Visual Arts. She currently works at Christie’s auction house. She is excited for another great season with CP Ice!

Jenny grew up in Westchester County, and has been a member of the NY synchronized ice skating community since 2001 when she started skating on the Skyliners Preliminary team. She was a member of the Skyliners organization for 11 years, moving through the levels from preliminary up through Junior. While on Junior, she spent 3 years representing Team USA, earning multiple international medals, one National Championship title, and competing in the Junior World Challenge Cup three times. She is also a double gold medalist in Moves-in-the-Field and Ice Dance. While studying Business Management at Stony Brook University, she coached with Team Rinx from 2013 until she graduated in 2016. In 2019, she graduated from the Gemological Institute of America, and is currently a Gemologist at The Clear Cut. Jenny is very excited to join the CP Ice coaching staff!

Cassandra Tumasz graduated magna cum laude from Elon University with a BFA in Dance Performance and Choreography and a BS in Dance Science. She has trained intensively at Broadway Dance Center in NYC through their professional semester program. She also trained at Central Pennsylvania Youth Ballet, Gelsey Kirkland Academy of Classical Ballet, Florence Dance Center (Italy), and with the Radio City Rockettes. Her choreography has been showcased at the American College Dance Association conference and she presented her original research at the International Association for Dance Medicine & Science conference. Most recently, Cassandra performed in The Miracle of Christmas at Queens Theatre and as a dancer at Six Flags Great Adventure in their Kidz Karaoke, Dance Party, and Block Party shows. She currently teaches barre classes at Physique 57. Cassandra is thrilled to be working with CP Ice for another great season! 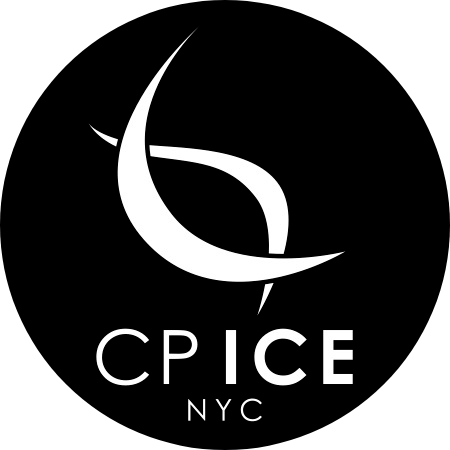